Marty and Chris came across this at our research area. Marty had built a small one to see if we would get any reaction. Well this was found not far from where he had built his small one. So I guess he got shown up. LOL! Either way, I am highly impressed with this. I haven't seen it for my self yet. But I do intend to this coming weekend. And I will get some video for you guys. 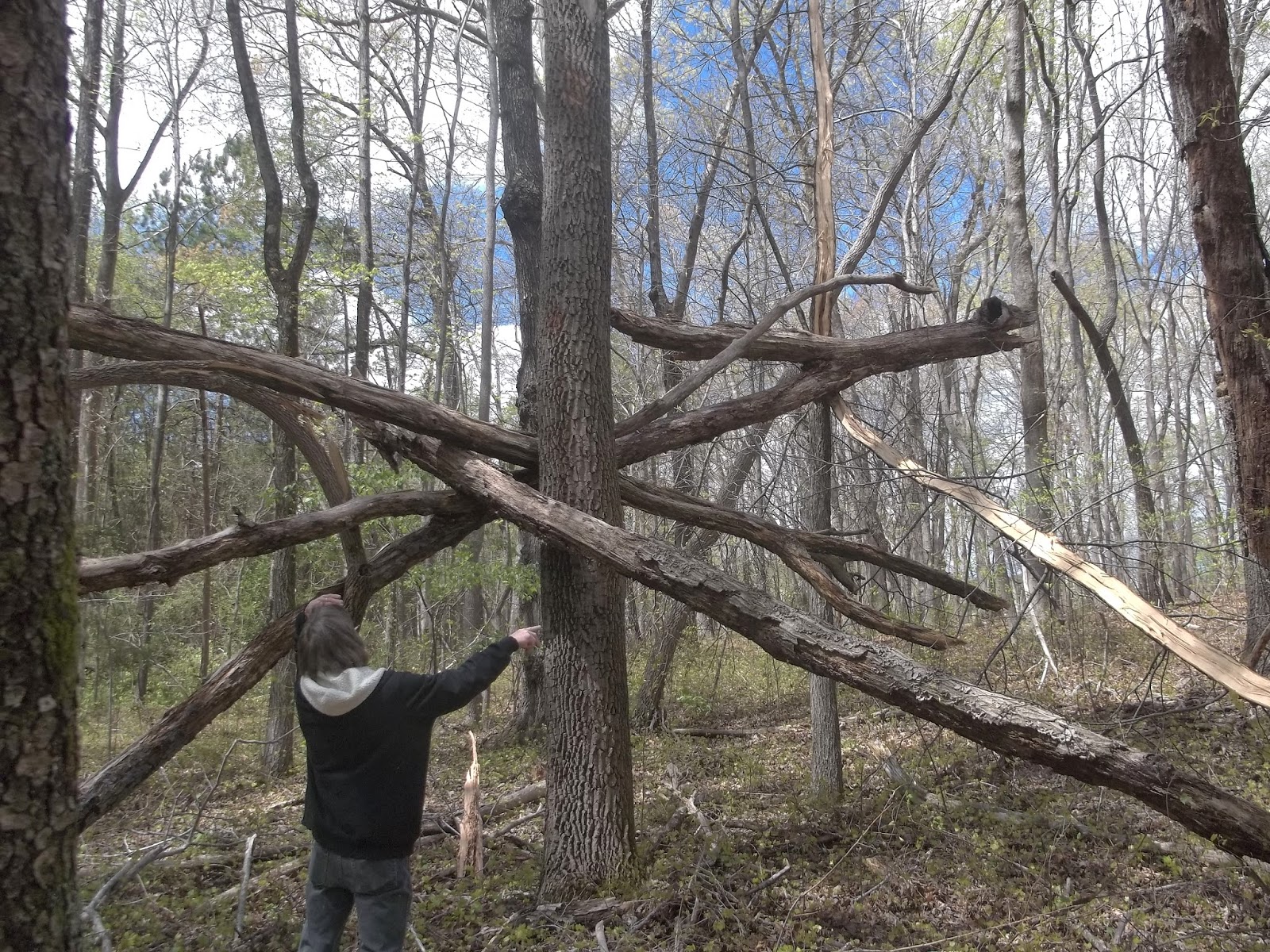 Posted by Carolina Cryptid Crew at 2:54 PM No comments:

I see something walking.....

Hi Guys, this is Lisa. It took me a while to decide if I wanted to post this or not. So I decided I would share it with you.A little over a month ago,we were headed home from an event. Marty was driving, I was in the passenger seat. Chris and Cari were in the back.We had stopped to wait on traffic to make a turn. Just as we turned, I saw something brown walking toward the woods. Just a sort of slow steady walk. I said, "I see something walking" and pointed in the direction. Marty turned and saw exactly what i was looking at. This "thing was solid brown and walking toward the woods.It was close to a golf course. So Marty said it could be a golfer. I asked if he had seen the color, He said, "yes, It was solid brown, with no neck." So, how could that have been a golfer? It was warm out. Not cold enough for anyone to be wearing such a heavy coat. And why would a golfer wear a coat that blends in with the woods, and have the hood up? That's when I realized it had been walking in a ravine. We had only seen from the around the waist up. I wanted to go back. But the traffic was to heavy to safely turn around. But we did get back there a few weeks later. We saw that this was a pretty deep ravine. Had it been a man walking, we would not have seen anything but maybe the top of his head.AND the golf course was a good 100 yards from where this thing was walking. Was it a Big Foot? I don't know. Was it a man? I'm almost positive it was not. I am hoping that we can drag a couple of team members out there to check it out. Where this thing was headed is very wooded and really close to a lake. I can't wait to get out there and look for some prints and tree structures.I will update this after we get to Investigate it further.
Posted by Carolina Cryptid Crew at 1:48 PM 1 comment: